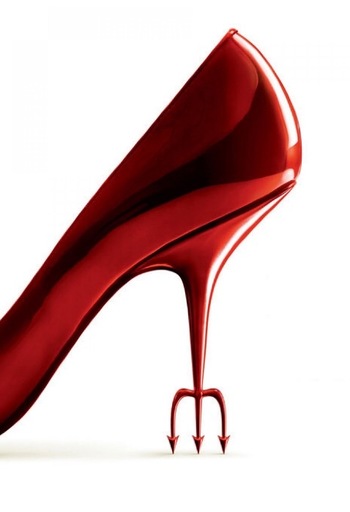 The Devil Wears Prada is a 2006 film directed by David Frankel and starring Anne Hathaway and Meryl Streep. It is an adaptation of the 2003 novel of the same name by Lauren Weisberger.

It tells the story of a young woman named Andrea "Andy" Sachs (Hathaway). Her first job out of college is as personal assistant to a merciless New York fashion magazine editor, Miranda Priestly (Streep). With help from Miranda's assistant Emily (Emily Blunt) and art director Nigel (Stanley Tucci), Andy starts to work her way up the ladder... but at what cost?