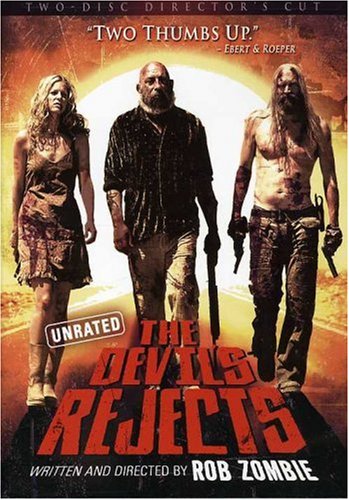 "I am the devil, and I am here to do the devil's work."
— Otis B. Driftwood
Advertisement:

The Devil's Rejects (2005) is a horror film directed by Rob Zombie. It is the sequel to House of 1000 Corpses, picking up six months later as the remaining members of the psychotic Firefly family are on the run from a posse of State Troopers who want them to answer for over 75 murders and disappearances over the past several years.

Of course, we all know this isn't going to be easy, and when Baby and Otis escape from the resultant firefight, they'll be out for one thing: Mayhem. Gory, stomach-wrenching mayhem.