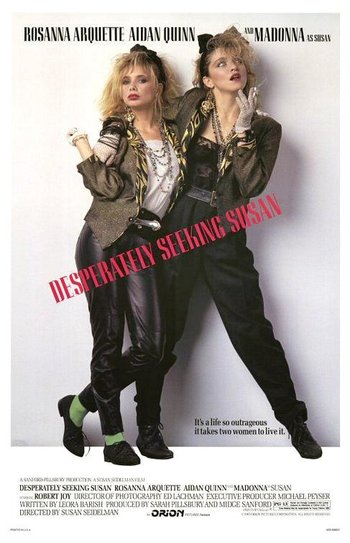 It concerns Roberta (Arquette), a bored housewife from New Jersey who follows the saga of Susan (Madonna) and Jim (Robert Joy), two lovers who contact each other through the personal ads. Through a series of complicated events, Roberta is mistaken for Susan, who is being hunted by a criminal who wants some earrings she stole. When Roberta hits her head she gets amnesia, and when a friend of Jim named Dez (Aidan Quinn) mistakes her for Susan, Roberta goes along with it. And that's just the beginning of the story...