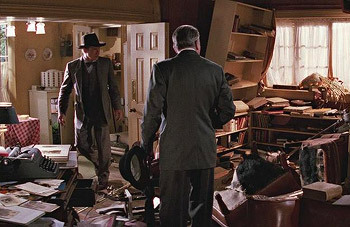 You've got the MacGuffin and the Big Bad knows it. So is he going to send his Mooks after you?

Why not try to search your room first?

This is always intended to be while the character is out — or, at least, asleep. Sometimes, it succeeds in that, and the search is carried out.

It is very, very, very rare indeed for them to find what they are looking for.

By the way, the word "ransack" (rarely used in any other context) is from the Old Norse rann "house" and saka "search".