Literature / Hard-Boiled Wonderland and the End of the World 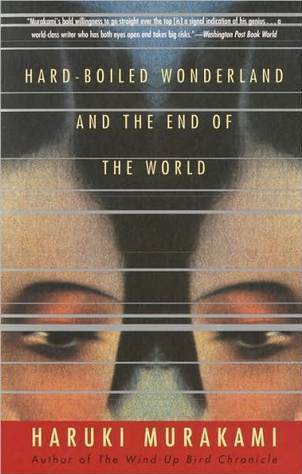 The first narrative ("Hard-Boiled Wonderland") tells the story of an unnamed protagonist in a Cyberpunk future Tokyo who is trained to be what is essentially a human data processor, whose subconscious holds an encryption key to prevent the information from falling into the wrong hands. The second narrative ("The End of the World") follows an individual who has just arrived in a strange walled town where the inhabitants, including the narrator, have been separated from their shadows and are not allowed to go beyond the town wall. The two parallel narratives begin to bleed through into one another as the novel reaches its conclusion, exploring themes of identity and consciousness.