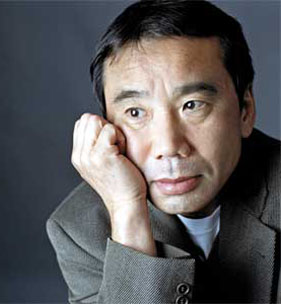 Murakami's works include twelve novels, dozens of short stories, an autobiography, and a non-fiction book of essays and interviews exploring a terrorist attack on Tokyo's subways that occurred in 1995.

He achieved literary super-stardom in Japan with the publication of Norwegian Wood, but opinion is very much divided among the Japanese literary community whether he is a genius or a purveyor of somewhat odd popular fiction. His fans say, why not both?

Murakami and his works provide examples of the following: