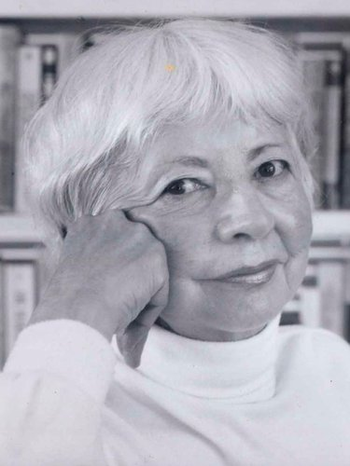 She was the author of a series of novels about Mrs. Pollifax, an elderly widow who becomes a CIA agent.

Other novels by Dorothy Gilman include The Clairvoyant Countess and sequel Kaleidoscope, about a psychic descended from the Russian nobility who befriends a policeman and helps him in his investigations; and The Tightrope Walker, about an emotionally-scarred antique dealer who gains self-confidence and a variety of new friends while investigating a cry for help hidden inside one of her antiques.

She received the Mystery Writers of America's Grand Master Award in 2010.

Works by Dorothy Gilman with their own trope pages include:

Other works by Dorothy Gilman provide examples of: