Film / The Tall Blond Man with One Black Shoe 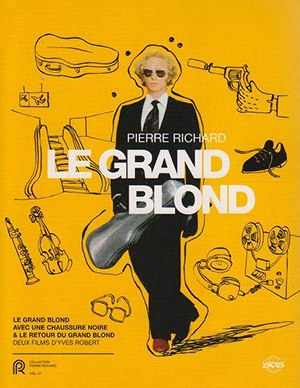 The films tell the story of François Perrin, a hapless orchestra player who becomes an unwitting pawn of rival factions within the French secret service after he is chosen as a decoy by being identified as a super secret agent (he wore a brown shoe on one foot and a black shoe on the other that day, hence the title).

The film was remade in English as The Man with One Red Shoe.

Alternative Title(s): The Return Of The Tall Blond Man