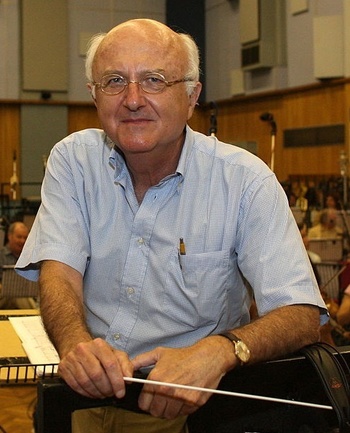 He is one of the most renowned and prolific composers in the history of French cinema, having worked on up to twelve soundtracks per year in his heyday. His body of work could easily rival those of John Williams and Ennio Morricone in size.

A large part of the most memorable soundtracks for French films (usually comedies) from the mid-1960s up to the 2000s are due to him (and he's still active).

Tropes related to this composer and his work: