Film / The Wing or the Thigh 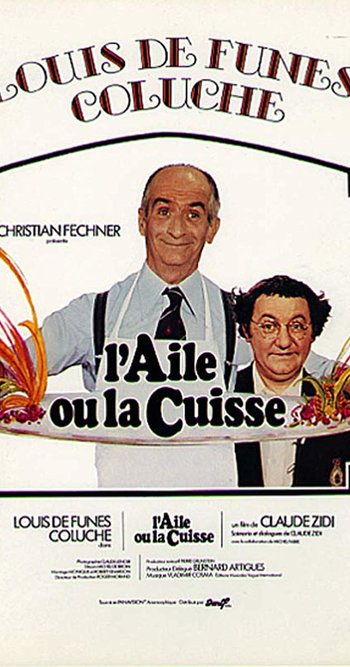 Despite his degrading health, Louis de Funès still manages to bring us a delicacy
"I spot all the Duchemin's inspector at 100 meters..."
— Charles Duchemin (snarking about one restaurant manager after removing his Paper-Thin Disguise)
Advertisement:

Charles Duchemin, the editor of the Guide Duchemin (a Fictional Counterpart of the Guide Michelin, a rating system for French restaurants) decides to retire and pass the business to his son Gérard. Unfortunately, Gérard only wants to be a circus performer, to his father's horror. When the Tricatel company starts making plans to introduce fast food to France, the Duchemins fight back.

The Wing or the Thigh provides examples of: