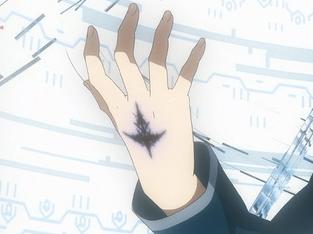 I swear to God this is not a tattoo!
Advertisement:

Sometimes, the character will wake up and find out that there's something odd with his right hand or the entire arm, or that a mark just appeared over its palm.

Either way, the character's right hand (or left) has a mysterious and strange power, it can do things that make him unique from the rest of the cast, or it has some unknown important purpose.

Some characters developed its own version via technology. There can be some cases that the power is granted by God or the Evil.

See also Evil Hand when the character gets a transplanted Evil hand (or limb).