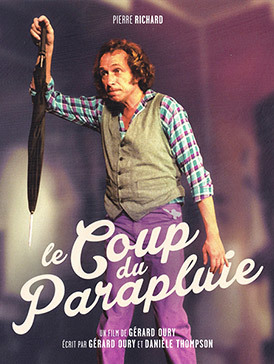 Grégoire Lecomte (Richard), the unlucky actor anxious to find a "real job", goes to take a screen test for a role of a killer, but then he takes a wrong turn and meets a mafia don who he takes for a producer, and they mistake him for a hitman with whom they had an appointment. Deluded Grégoire signs contract with them. He is supposed to kill gun dealer Otto Krampe at his birthday party in Saint-Tropez by piercing him with a cap of the umbrella with a built-in syringe with potassium cyanide (known as a "Bulgarian umbrella"

). Grégoire is not aware that it has to be a real murder.