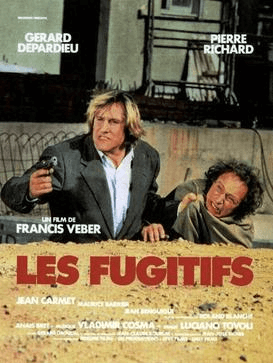 Jean Lucas, a bank robber, gets out of jail. He has decided to settle down, but the policeman who arrested him is sceptical about it. Lucas goes to a bank to deposit money, when someone enters, intimidates the customers with a gun and demands money. Then, he takes Lucas hostage to escape safely. The hostage taker is François Pignon, a jobless widower who brings up his daughter alone. He committed a heist because he is at loose ends. The problem for Lucas is that the police believe that he is responsible for the heist.

An American remake(also written and directed by Francis Veber) Three Fugitives, was released in 1989.