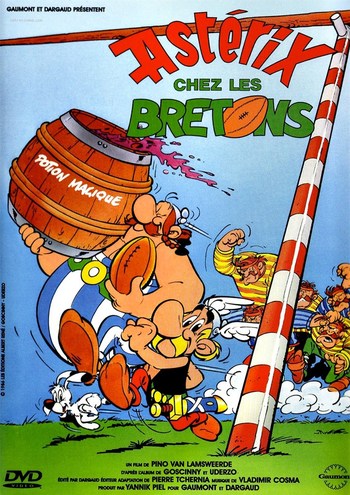 Julius Caesar has conquered Brittania with his Roman legions, and a small village of Britons does its best to resist. They send Anticlimax across the Channel into Gaul, to seek help from another village that resists Roman rule, that of Asterix, Anticlimax's first cousin once removed. Asterix and Obelix volunteer to accompany him back to his village with a barrel full of the Super Strength-granting magic potion made by Getafix the druid.