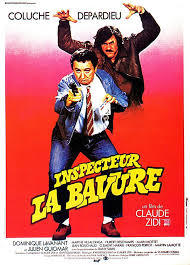 Michel Clément (Coluche), the son of a police hero, follows his father's footsteps and becomes a police inspector. In spite of his inaptitude, he is tasked with protecting a young journalist (Dominique Lavanant), who is the target of a dangerous criminal, Roger Morzini (Depardieu).