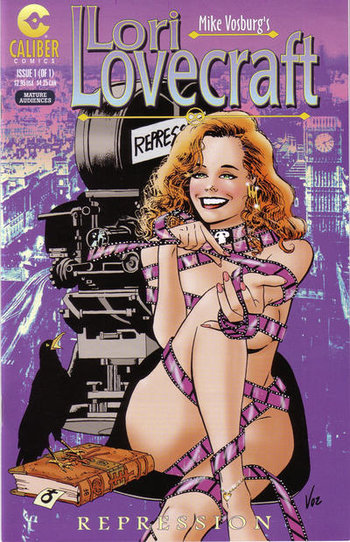 At age 19, Lori Lovecraft was a fresh-faced wannabe with dreams of Tinseltown stardom. So what if she couldn't act... Her heart-stopping looks were all she ever needed to get by.

Cut to ten years later—with the rainy day money long gone and nothing by a string of forgettable B Movies on her resume, Lori's Hollywood is fast becoming a nightmare.

Then she discovers a longlost tome of mystical spells called the Necronomicon and her life changes forever. Though the book's magic doesn't make her a better actress, it does open up Lori to a greater power that lies within herself.

It's a power Lori must learn to wield if she's going to survive the demonic legions of hell and the inscrutable forces of Hollywood that she must confront on the lonely road to self-fulfillment.