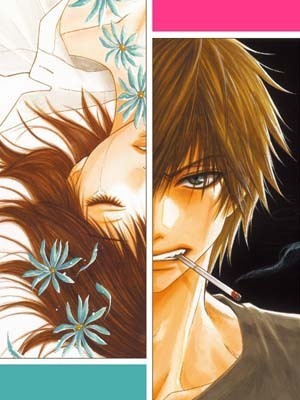 Ever since her older brother died, Teru Kurebayashi has been watched over by the mysterious Daisy, whom her brother said would look after her in his absence. Though they communicate only through e-mail on her phone, his gentle, encouraging words have been a great source of comfort to her. Her life becomes slightly more complicated when, after accidentally breaking a window at her upscale school, she is made into a slave by the school janitor Tasuku Kurosaki, a rude, sadistic, minorly perverted Comedic Lolicon who has no qualms about lounging around while she does all the work. He's totally unlike her beloved Daisy; but little does she know that the two are, in fact, the same person.

A shoujo manga by Kyousuke Toriumi (an alias, the author is a female) that was published from May 2007 to October 2013, with a total of 16 volumes released. The series is also licensed by Viz and 14 volumes are out in America.