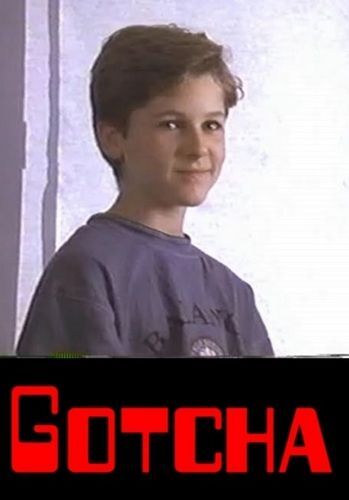 Gotcha is an Australian comedy short from 1991 (loosely based on the short story The Lock-Out by children's author Colin Thiele) about a boy named Marco who delights in playing pranks on people. He faces no consequences for his actions until one night when he gets a taste of his own medicine.

The film has hardly any dialogue and relies mainly on sight gags. It can be seen here