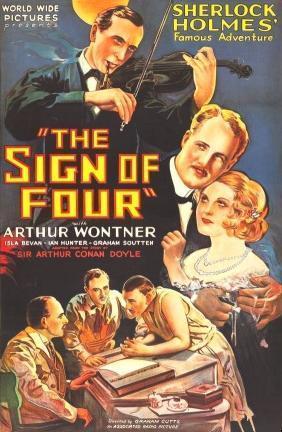 A young woman turns to Sherlock Holmes for protection when she's menaced by an escaped killer seeking missing treasure. However, when the woman is kidnapped, Holmes and Watson must penetrate the city's criminal underworld to find her.

The Sign of Four was the third in a series of five Sherlock Holmes films starring Wontner. The other instalments consisted of: