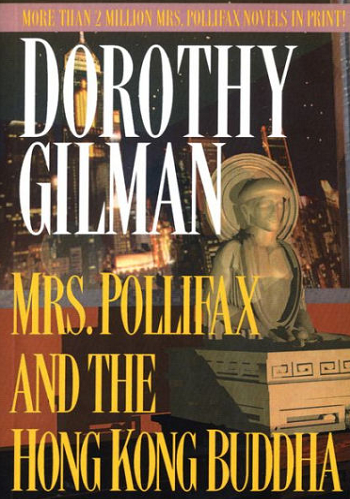 The Unexpected Mrs Pollifax, the first book of the series, begins with Mrs Pollifax, feeling useless and terminally bored, deciding to pursue her childhood ambition and become a spy. Her application to the CIA happens to coincide with an urgent situation requiring somebody who is not known to the opposition and who can convincingly play the role of an innocent tourist, two qualifications for which she is aptly suited, so instead of immediately telling her to get lost, she's offered what's expected to be a straightforward courier run. Of course, things don't go as smoothly as expected...