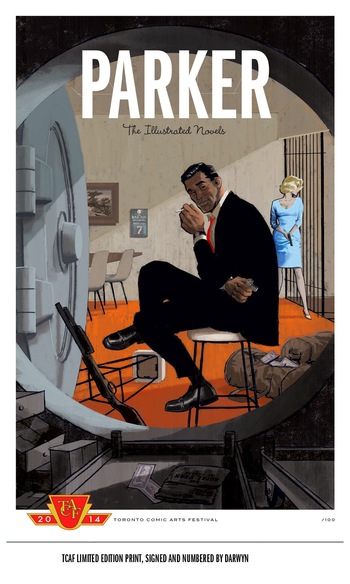 Parker is a fictional character created by Donald Westlake. He is the main protagonist of 24 of the 28 novels Westlake wrote under the pseudonym Richard Stark.

A ruthless career criminal, Parker has almost no traditional redeeming qualities, aside from efficiency and professionalism. Parker is cold, methodical, and perfectly willing to commit murder to get what he wants. His first name is never mentioned in the novels, and there are many details about him which remain unknown. Four of the novels were adapted into comics by Darwyn Cooke for IDW Publishing before his untimely death.

The novels in the Parker series are:

The Parker novels contain examples of: