Film / Who's That Girl 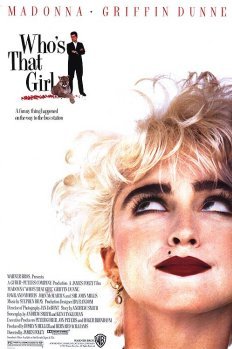 Who's That Girl is a 1987 comedy film starring Madonna and Griffin Dunne. In the film, Madonna plays a street-smart woman named Nikki Finn, who was framed for a murder she didn't commit, and who four years later is being escorted to the bus station by Louden Trott (Griffin Dunne), a tax attorney who is working for Simon Worthington and is engaged to be married to his daughter Wendy.