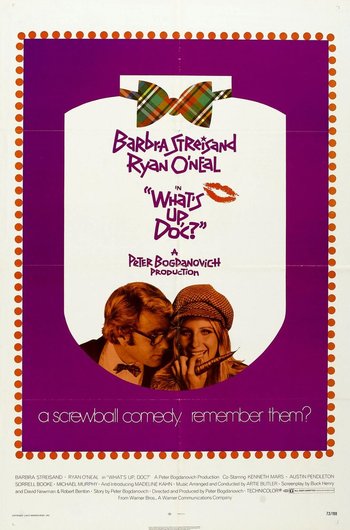 This 1972 film is Peter Bogdanovich's affectionate homage to the classic Screwball Comedy.

An unofficial remake of Howard Hawks' 1938 movie Bringing Up Baby.

Not to be confused with Bugs Bunny's catchphrase (or the 1950 cartoon he starred in).