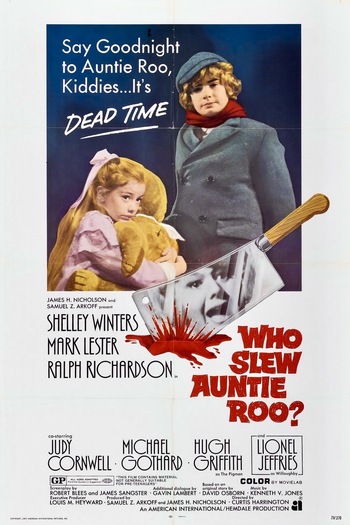 Rosie "Aunt Roo" Forrest (Winters) is an American-born widow who lives at Forrest Grange, the English manor she inherited from her late husband, a famous magician. Each Christmas, she throws a party for the ten best-behaved children from the nearby Home for Orphaned and Destitute Children. One year, siblings Christopher (Lester) and Katy Coombs (Franks) arrive at her party. Aunt Roo becomes obsessed with Katy, who closely resembles her dead daughter Katharine, and wants to adopt her. But Christopher is suspicious.