Film / What Have You Done to Solange? 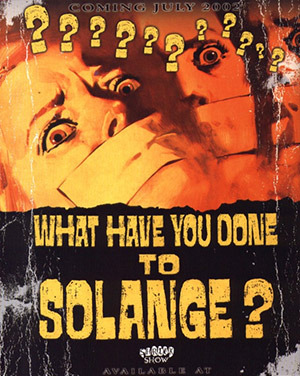 What Have You Done To Solange? is a very underrated and brilliant giallo directed by Massimo Dallamano based on the work of Edgar Wallace.

Fabio Testi plays a philandering professor Enrico Rosseni at a Catholic Girls' school. While he is fooling around with beautiful student Elizabeth in a boat, she witnesses a murder. Initially dismissing her claims as avoiding him, the body count starts piling up and he finds himself as the prime suspect.

The film is known for some fabulous music by Ennio Morricone.