Film / Watch Me When I Kill 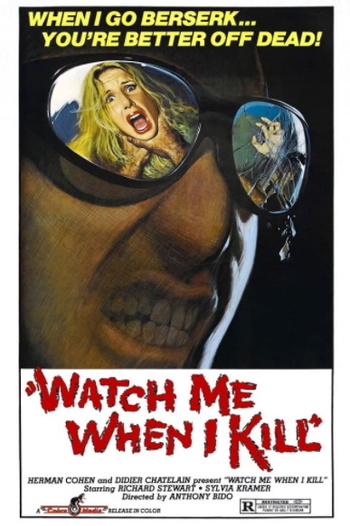 Watch Me When I Kill is a 1977 Italian Giallo film directed by Antonio Bido. It is also known under the names The Cat's Victims, The Jade-Eyed Cat, The Cat with the Jaded Eyes, and Il Gatto Dagli Occhi Di Giada.

The plot revolves around a cabaret dancer named Mara, who becomes the target of a killer when she accidentally hears his voice after the murder of pharmacist. Realizing she's in danger, Mara goes to live with her boyfriend, Lukas Karmen, who is determined to find the killer to keep her safe.