Film / We Have A Pope 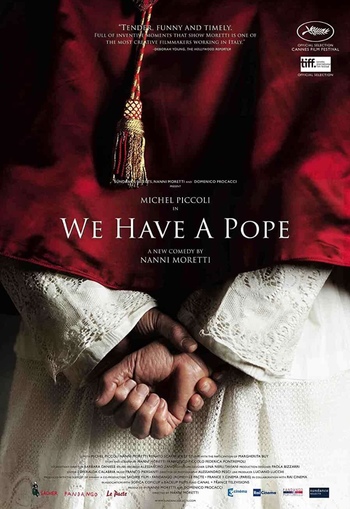 We Have a Pope (originally titled Habemus Papam) is a 2011 French-Italian film directed by Nanni Moretti.

The story is about a newly elected Pope (Michel Piccoli) who finds his new position profoundly distressing. The cardinals are forced to call a therapist. Of course, on the way back from an appointment, the pope runs away...

Tropes Found in this Film Include: