Film / We Bought a Zoo 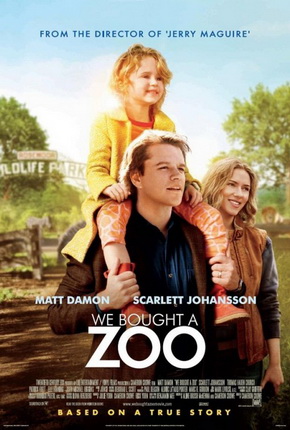 A 2011 Cameron Crowe movie in which Matt Damon buys a zoo. Loosely based on the memoir of Benjamin Mee, a widower and his two kids buy 18 acres of property that used to be a fully functioning zoo. He inspires the remaining staff of the zoo, as well as his kids, to put it back together to have it approved by an inspector so it can once again attract customers. Tear Jerker family moments and funny animal hijinks ensue.