Film / The Way, Way Back 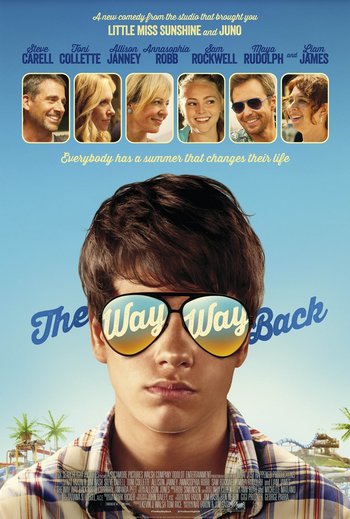 A 2013 Coming of Age Dramedy film written and directed by Nat Faxon and Jim Rash, in which the protagonist, 14-year-old Duncan (Liam James), is dragged along on a family vacation with his mom Pam (Toni Collette), her boyfriend Trent (Steve Carell), and Trent's daughter Steph. Duncan never quite finds his feet until he gets a job at a water park run by Manchild Owen (Sam Rockwell).