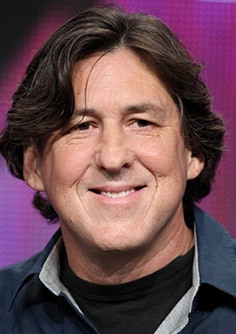 Cameron Bruce Crowe (born July 13, 1957) started out as a rock journalist for Rolling Stone at the age of 15 in The '70s. While his colleagues at the magazine were indifferent to (if not contemptuous of) the Hard Rock, Progressive Rock, and other popular music of the decade (including such groups/musicians as Joni Mitchell, Fleetwood Mac and Eagles), Crowe was a fan of most of it, and was often the only journalist at the magazine willing or able to snare interviews with those bands/musicians.

Near the end of the decade, Crowe left the magazine and wrote Fast Times at Ridgemont High, which became a film in 1982 (directed by Amy Heckerling). Dismissed at the time at being merely another teen sex comedy, it has since been Vindicated by History. After writing a sequel (1984's The Wild Life) which was nowhere near as successful commercially or critically, Crowe eventually turned to directing in 1989 with Say Anything.... He won an Academy Award for Best Original Screenplay in 2000 for Almost Famous, which was based on his time at Rolling Stone.

Because of the many positive things he wrote about them during his time at Rolling Stone, Cameron Crowe films may be the only time you can hear a Led Zeppelin song at the movies.