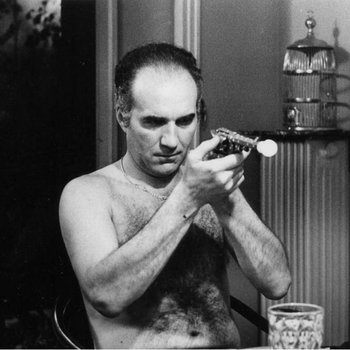 His parents came from the Italian-speaking Canton of Ticino, Switzerland. He famously worked with Luis Buñuel in The '50s. Then in The '60s he became the leading actor in the emerging European arthouse cinema working with the same Buñuel as well as with other directors of note, including Marco Ferreri and Jean-Luc Godard.