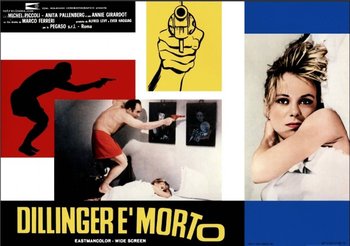 Its main character, played by Michel Piccoli, is Glauco, a bored bourgeois. Dissatisfied with his high-paying job, he spends most of his free time idle in his apartment. When he eventually rouses himself to action, the result is destructive.