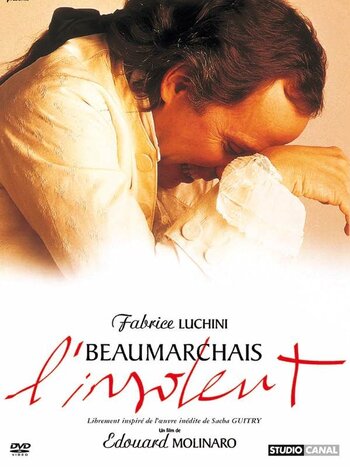 In 1773, Beaumarchais (Luchini) is preparing the first performance of The Barber of Seville, when Gudin (Blanc), a would-be poet who has just arrived in Paris, asks to meet him. Thanks to a letter of recommendation by Voltaire, Beaumarchais accepts to hire him as his secretary and biographer. So Gudin becomes involved in the many facets of the life of Beaumarchais: playwright, womanizer, judge, political activist, spy, arms dealer...