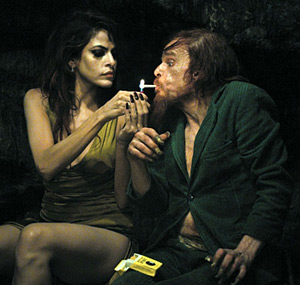 Lavant plays Monsieur Oscar, a man not unlike an actor who inhabits several roles, but there are no apparent cameras filming the man's performances.