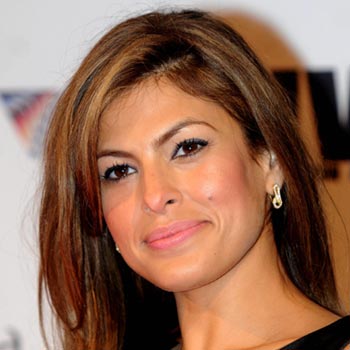 Eva Mendes (born Eva de la Caridad Méndez, March 5, 1974 in Miami, Florida) is a Cuban-American former actress best known for such movies as The Spirit, Stuck on You, and The Other Guys.

She has been with Canadian actor Ryan Gosling since 2011, and they have two daughters. In 2014, she announced her hiatus from acting, with her final film being released that year.

Tropes related to her works: