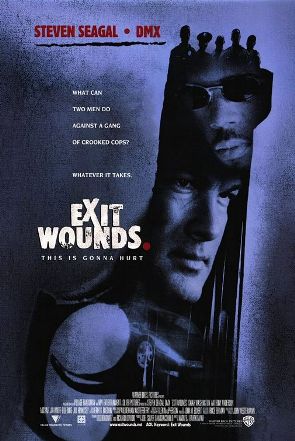 2001 action film directed by Andrzej Bartkowiak and starring Steven Seagal. Based In Name Only on the book of the same name by John Westermann.

Orin Boyd (Seagal) is a Detroit police officer. At the start of the film, Orin saves the life of the Vice President of the United States from a group of militants, but causes a lot of havoc in doing so. Precinct captain Frank Daniels (Bruce McGill) is pissed, so he reassigns Orin to 15th precinct - the worst precinct in the city. Amidst attending anger management classes, Orin begins to suspect that local affluent drug dealer Latrell Walker (Earl "DMX" Simmons) and his fast-talking sidekick T.K. Johnson (Anthony Anderson) are engaged in shady business. However, he turns out to be wrong. Actually, it's corrupt police who are running the precinct's drug trade. Thus, he and his new partner George Clark (Isaiah Washington) set out to stop them.