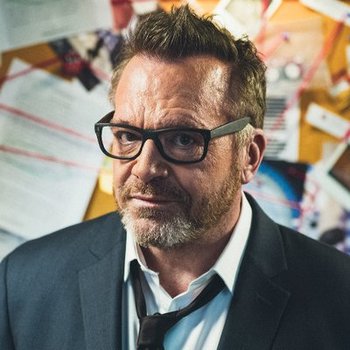 Thomas Duane Arnold (born March 6, 1959) is an American actor and comedian initially known only for his brief marriage to Roseanne Barr, but subsequently brought into the spotlight in his own right with his co-starring role in True Lies.