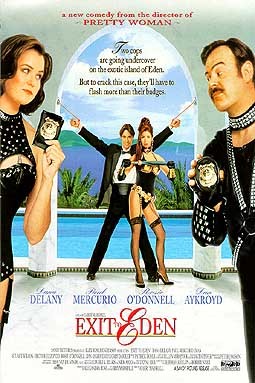 In 1994 it was adapted into a movie by Garry Marshall.

Unfortunately, at the airport, Elliot inadvertently took photographs of wanted international diamond smuggler Omar (Stuart Wilson), who heads off to the resort himself to retrieve the diamonds. This forces cops Sheila Kingston (Rosie O'Donnell) and Fred Lavery (Dan Aykroyd) to go undercover at the resort to arrest him...