Film / A Night at the Roxbury 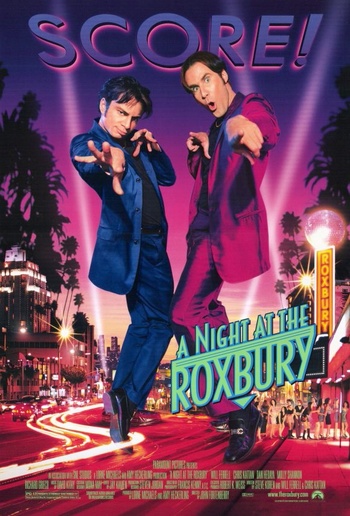 A Night at the Roxbury is a 1998 comedy movie directed by John Fortenberry, spun off from the recurring Saturday Night Live skit starring Will Ferrell and Chris Kattan (originating the "Roxbury head-bop", with the brothers (and the guest star) shaking their heads to the Haddaway song "What Is Love"). The movie tells about Doug and Steve Butabi's journey as they get into the biggest and best nightclub in the city.