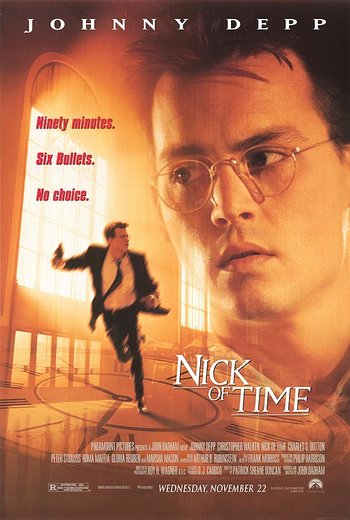 A young girl, Lynn Watson (Courtney Chase), is taken hostage by two mysterious people, Mr. Smith (Walken) and Miss Jones (Roma Maffia). Her father, Gene Watson (Depp), is told that he must kill a woman, Eleanor Grant (Marsha Mason), if he wants to get his girl back.

Notable for being filmed in real-time: the movie has a run time of about 90 minutes, and the plot itself unfurls in that same amount of time.

Not to be confused with Nicolas Cage apparently ascending to the God Tiers to survive the destruction of Earth.