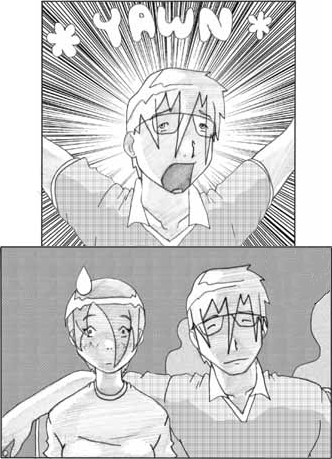 This is when a guy puts his arm around a woman's shoulders while pretending to yawn, in an attempt to look smooth and nonchalant. This trope only applies when this is a romantic gesture, rather than a comforting thing. If they're boyfriend and girlfriend, this is widespread—in TV and in Real Life. If not, hilarity is likely to ensue.