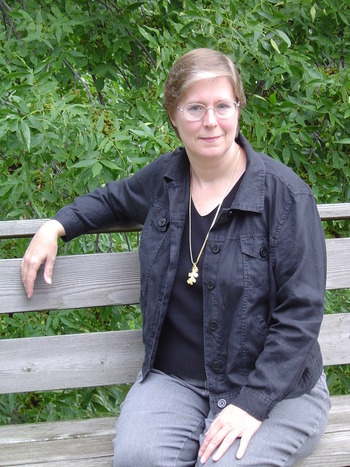 "Boy, can she write!"
—Anne McCaffreynote the blurb that appeared on the front of most of Bujold's early Vorkosigan Saga books
Advertisement:

Lois McMaster Bujold is a modern American writer of Speculative Fiction. She was early categorised as a writer of Military Science Fiction due to her early books, but her books generally pick up elements of romance, detection, planetary romance, and many other types of genres.

Major works of hers include:

Some tropes common to Lois Bujold's works are: