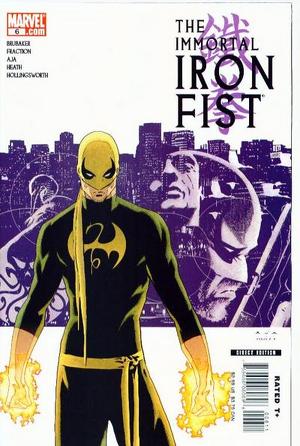 The Immortal Iron Fist is a Marvel Comics series co-written by Matt Fraction and Ed Brubaker (and after their departure, Duane Swierczynski).

The series reveals that there have been many Iron Fists before Daniel, and introduces a 'new' Golden Age Iron Fist, Orson Randall. In addition, there are more Immortal Weapons who represent the other mystical cities of the far east and also wield strange and unusual powers. Daniel discovers new secrets about his past, and must use these to confront former and new enemies.

See here for more info on Iron Fist in General.