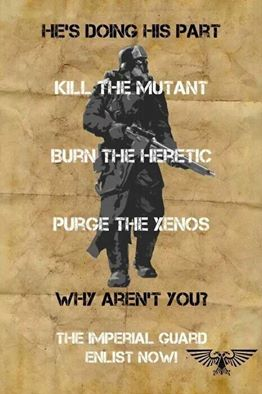 Given the universe they live in, this is a completely reasonable stance to take on alien life.
"Any alien influence must be ruthlessly quashed. Only by staying pure and true to ourselves and the planet that gave us life can we guard against insidious Xeno plots. Even mastery over the Alien might not be enough to guarantee our own safety..."
— Fanatic Xenophobe Ethos description, Stellaris
Advertisement:

A significant Sub-Trope of Scary Dogmatic Aliens and Always Chaotic Evil, the Absolute Xenophobe does not work and play well with others. Whether from instinct or acculturation, these aliens are horrified at the mere idea that other sentient life exists, and will not rest until they have annihilated every other intelligent species they know of. Differs from The Virus, Horde of Alien Locusts, Planet Looters, et cetera in that the Xenophobes don't necessarily gain anything other than a (false?) sense of security from their wars — they don't want to eat us, transform us, or scavenge resources from our planet (although that's a bonus); they just want us dead and gone.

See also the equally though less expansively genocidal Feeling Oppressed by Their Existence and Kill All Humans, and the even more extreme Omnicidal Maniac. May overlap with Dehumanization if the Absolute Xenophobe in question believes that all species not their own are inferior beings.

Some speculative fiction authors will depict a xenophobic species as herbivores who evolved from species that were preyed upon by most other animals.

If this xenophobia is a result of cultural influences, it may be possible to knock some sense into them and make peace. If this kind of xenophobia is innate, it's probably them or us. Such aliens may bear a resemblance to (or, as in the case of the Daleks, be explicitly based on) Those Wacky Nazis. Compare Hard-Coded Hostility. Contrast Intrigued by Humanity, or The Xenophile. Compare and contrast the Master Race, who may want to kill other races/species but would rather conquer them.