Literature / Arrivals from the Dark 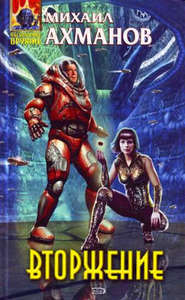 Cover for Invasion.
Arrivals from the Dark ("Пришедшие из мрака") is a Russian science fiction book series written by Mikhail Akhmanov. Except for the first novel, the series focuses on the lives of some of the members of the same family. The series timeline stretches from 2088 to 2600. All novels deal with humanity's wars against various alien races with the myths and legends of the mysterious Precursors who left the known galaxy tens of thousands of years ago.
Advertisement:

Novels (click links to go to fan translations of the novels into English):

Trevelian's Mission ("Миссия Тревельяна"), Another series by the same author shares the same universe but focuses on one character and takes place in the 29th century.