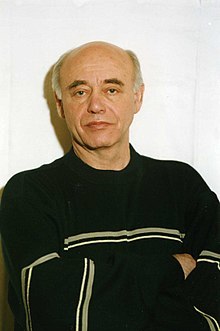 Mikhail Akhmanov (Михаил Ахманов) was the pen name of Mikhail Nahmanson (1945-2019), a Russian science fiction writer with genres ranging from Space Opera to Alternate History. Many of his characters are modern-day people (usually soldiers) who somehow find themselves in a Fish out of Temporal Water scenarios.