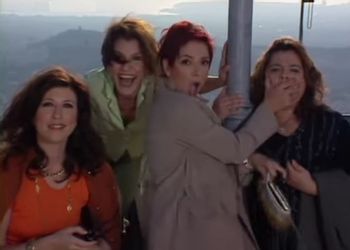 Ti Psyhi Tha Paradoseis Mori? (literally "What kind of soul will you deliver, you foolish woman?") is a dark comedy of Greek origin about four women who spent some time together in an orphanage and want to take revenge on the man who sexually abused them when they were little girls. Hilarity Ensues.

The show originally aired in 2000 and drew really high ratings. However, it was cancelled after only 7 episodes were made. It has re-aired several times, to great ratings again and again, and plans for its completion or a re-do have been in the works several times but have never come to fruition.