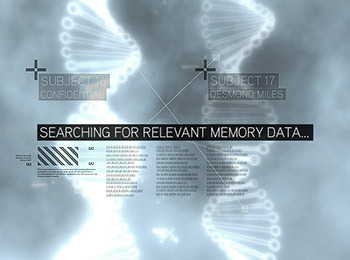 "Ripley's genes are all right too: They allow her reconstituted form to retain all her old memories, as if cookie dough could remember what a gingerbread man looked like."
— Roger Ebert's review of Alien: Resurrection
Advertisement:

Genetics is a funny thing; we inherit all sorts of things from our parents while at times developing entirely different tastes, personality and abilities. But in fiction land, you can discard that sentence: with the likes of Superpowerful Genetics, Lamarck Was Right and In the Blood, there's no limit to just how much a parent can influence (or more commonly, screw over) their children.

Genetic memory takes that a step further, giving the child or clone the parents' memories. This is usually explained as the memories being hard coded into the parents' and thus the child's DNA, as if it were a VHS tape that the child could hit "play" on. There are four common variants for how this happens:

Similar to Past-Life Memories, except the soul is brand-spanking new and not a reincarnation. In general serves as a Justification for Upgrade Artifact via Secret Legacy. Often a convenient Hand Wave for how young (and therefore marketably hot) characters can have specialist knowledge that would realistically take years of education. May manifest as Dreaming of Times Gone By.

At some point in history, the idea that memories were passed down in RNA molecules, which are like DNA but not, entered the public consciousness, made camp, and refused to leave. While probably impossible, the popularity of this trope can be attributed to the Rule of Cool, and how in Real Life biology, DNA acts like a form of advanced memory storage (containing massive amounts of data for production and assembly of various complex proteins).