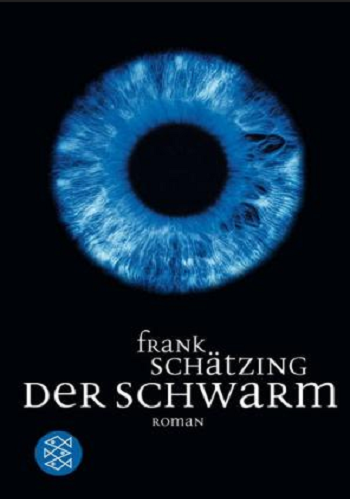 Der Schwarm (English: The Swarm) is a 2004 novel by German author Frank Schätzing (who is also the author of Limit).

The plot: Sea life has gone crazy! Marine worms cause devastating tsunamis, whales attack ships, and crustaceans invade the coasts in order to infect everyone with deadly micro-organisms. All in all, the creatures of the ocean seem to be hell-bent on exterminating mankind. Scientists all around the world try to determine the reason for all these events, and of course hope to find a way to stop them. The main characters are maritime biologist Sigur Johanson and whale researcher Leon Anawak, who have to deal with human opposition and the maritime threat at the same time... In the end, a fringe theory by Johanson turns out to be true: Behind all this are the yrr, a hitherto unknown sentient species living in the depths of the ocean...