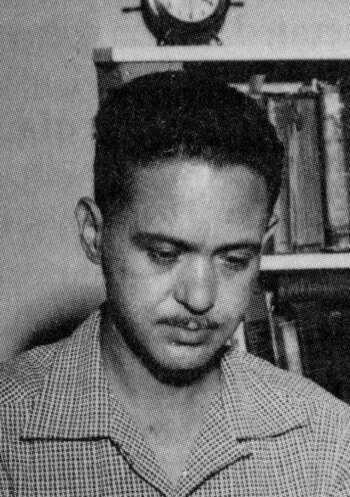 Henry Kuttner was the author of many sci-fi and fantasy short stories in The '30s, Forties, and Fifties.

He was one of the "Lovecraft Circle", and contributed a number of elements to the Cthulhu Mythos.

Among his works are the comedic Galloway Gallegher stories, which concern an inventor who reaches unimaginable heights of genius while drunk, which invariably causes trouble when he wakes up the day after with a hangover and no idea what his latest creation is supposed to do.

Some of Kuttner's works have been adapted for film. Written with C. L. Moore, their short story "The Twonky" was filmed in 1953, while "Mimsy Were the Borogoves" was adapted into The Last Mimzy in 2007. Their "What You Need" was adapted as an episode of The Twilight Zone. Kutter's "The Graveyard Rats" was adapted as a segment of Trilogy of Terror II.

Kuttner is not as well known as many of his contemporaries, mostly due to his death at the relatively young age of 42.

Tropes that appear in Kuttner's works include: